Dinosaurs of QLD – A Virtual Experience ??? 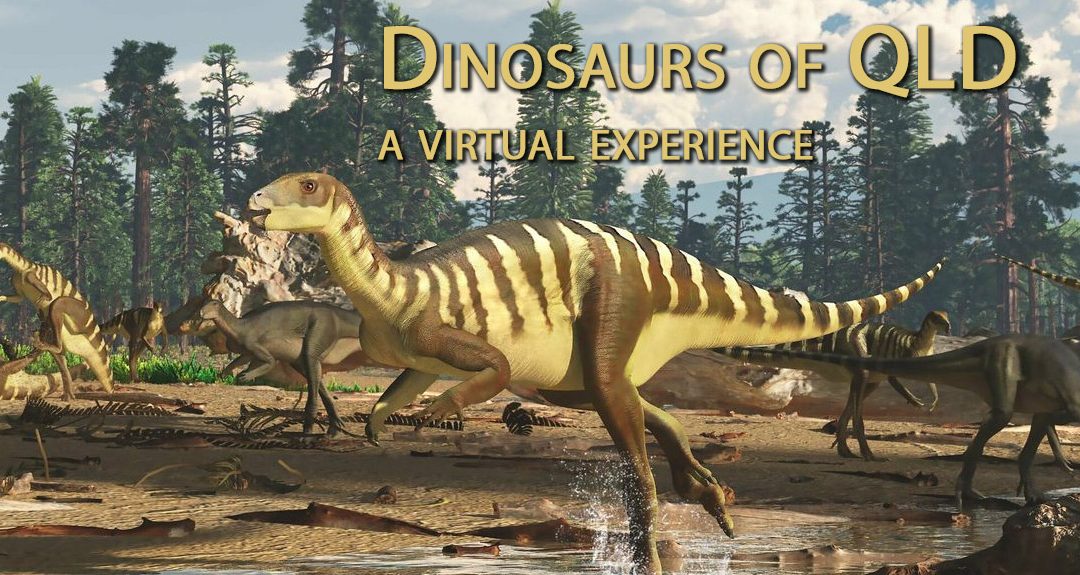 Fossilised remains of Dinosaurs have been found in Queensland since the 1960s, but in recent years, more and more evidence of dinosaurs have been found in the Qld Outback, in the form of fossilised bones and even footprints. Queensland is fast becoming recognised as one of the best locations for finding Dinosaur remains in Australia, and if discoveries continue, could well turn out to be one of the World’s premium dinosaur fossil locations.

Over 100 million years ago, the interior of Queensland was grazed by herds of dinosaurs. Large areas of the Queensland Outback were once an inland sea, and underwater dinosaurs thrived.

Queensland Tour Operators are capitalising on recent discoveries of dinosaur remains and fossils. Tourist attractions and travel destinations such as those mentioned above are striving to be recognised as destinations for Dinosaur and Fossil Tourism with the aim of showcasing them (as much as possible) in the environment they were discovered. In recent years a lot of money has been invested in developing Dinosaur Tourism, however, there are a number of challenges to overcome :

Why a Virtual Experience ?

A Virtual Dinosaur Experience provided via a Virtual Tour has the potential to provide solutions to all of the problems listed above, and offer many advantages (outlined below) over traditional marketing strategies such as boring old Factsheets, Photos, and even passively watching a Video…

Here are some examples of how Virtual Tours are already being used by various Museums and Attractions throughout the world to help showcase dinosaurs and fossils. These examples use a variety of methods and technologies and provide a variety of features :

What Does a Virtual Tour Cost?

Prices for 360° Photos or a Virtual Tour start from as little as $120 for an Individual Photosphere (which can be published to Google Maps or embedded into a website) ranging up to several thousand dollars for a large sophisticated and feature rich Standalone Virtual Tour.

Costs will vary depending on the size and layout of the areas you’d like to include in the virtual tour… how you want it to be used,… and the features and functionality you would like to offer. If you’d like to discuss how we can help you create a Virtual Tour, give Andy a call on 0403 023 223 or Contact Us.