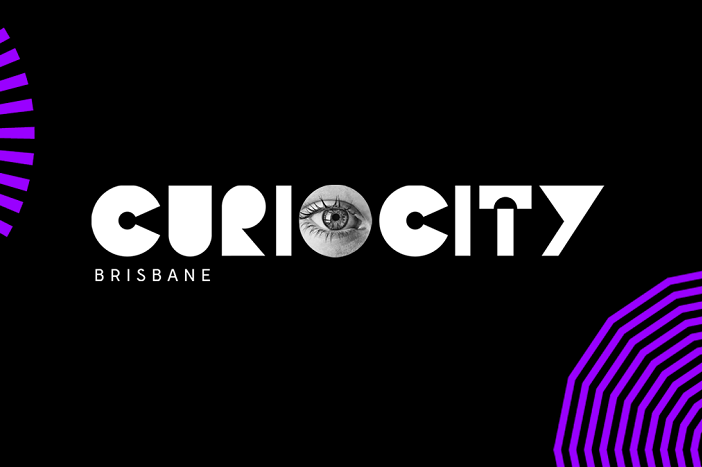 Brisbane – a series of science, art and technology “experiences” spanning the Brisbane River will be on display for 20 days (15 March to 3rd April 2019).

One-of-a-kind installations, pop-ups and interactive spaces crafted by local and international artists, technicians and makers will be available for everyone to explore.

From New Farm Park, under the Story Bridge, right through to Brisbane’s South Bank, 16 different experiences will be operating.

The theme of this event is for a fully immersive, sensory experience for everyone, and how better can this be achieved than through an interactive Virtual Tour ??

Despite the obvious synchronicity between a Virtual Tour and the Curiocity Brisbane event, a Virtual Tour was not unfortunately offered (or even considered ??) as one of the ways Brisbane could be experienced. I have therefore taken it upon myself to create and publish my own virtual tour – making these experiences available, not just in Brisbane, but also throughout, Queensland, Australia and the whole world (without actually having to visit the Brisbane CBD at all).

This is also an awesome project to showcase some of the more sophisticated capabilities of a Standalone Virtual Tour.

Here is the current version of my Curiocity Brisbane Virtual Tour

Note: this virtual tour could obviously only be photographed and therefore created once the individual installations were in place (which didn’t actually happen until after 15 March)… to add to the problems the first few days of the event were very wet and stormy (raindrops and fisheye lenses just don’t play nicely together), so this Tour is a Work In Progress… here is a brief update of the process/progress :

If you’d like to find out how a Virtual Tour could be crafted
to showcase your event, please give Andy a call
on 0403 023 223 or Contact Us